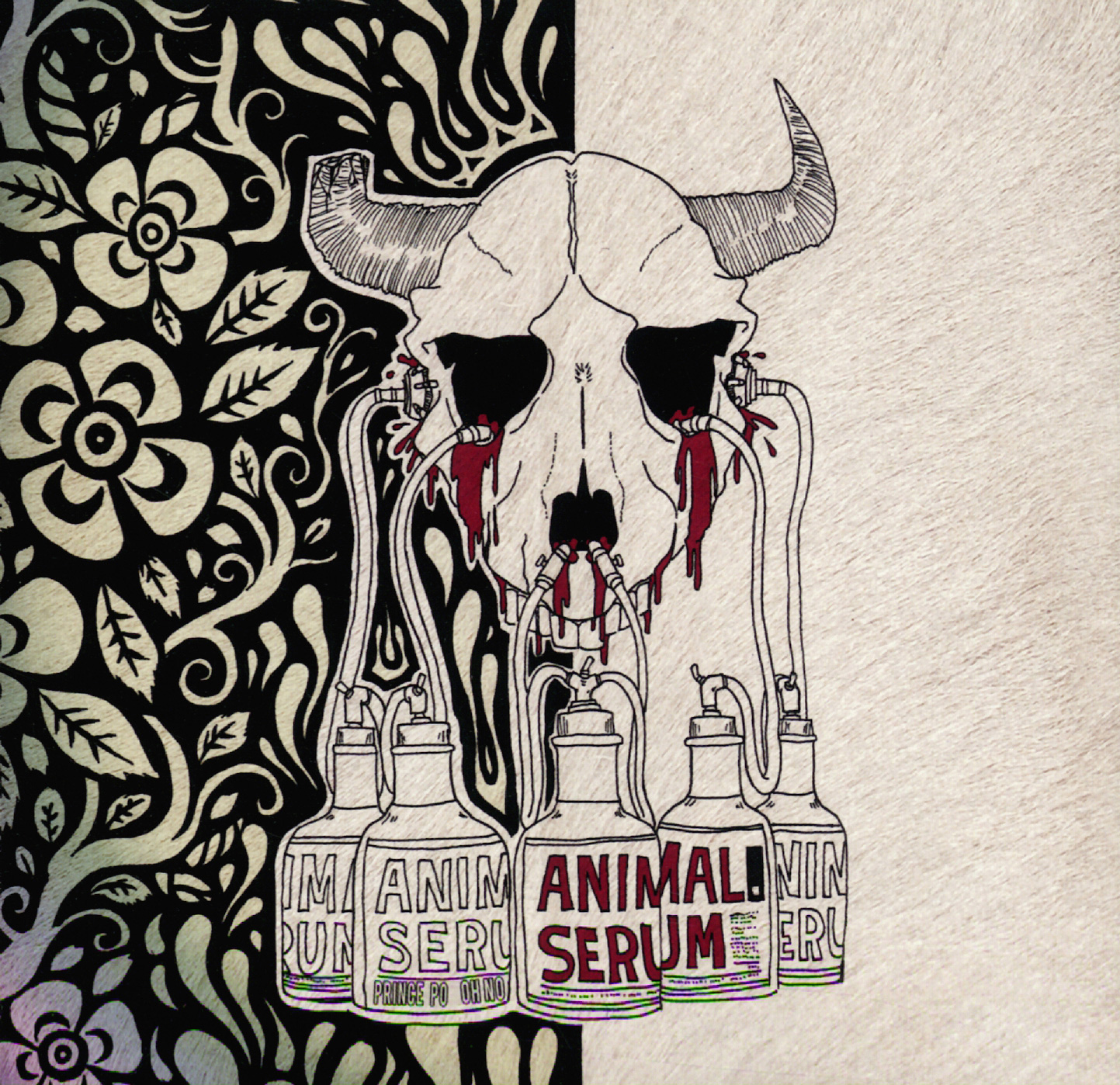 You can reduce your pop profile dramatically by burning bridges.  When you know that when keeping it real can never go wrong because it’s what you’re supposed to do.  So this Writer remembers my own moments on panels of smaller measure than MC legends like NaS had recently.  That, as I had done, I would do there.

So when some young white girl, being educated from the anal of supreme westernized pontification, with no personal visual of the contours of the concrete NaS spit the phlegm on.  Still, she portrayed passive aggressively, as taught, that as a white woman, that the world is hers.  This world too.  This motherfuckin world of Hip Hop too!  She wanted to know, as a white feminist, whether NaS was not just disrespecting women but that white feminist movement.  NaS often answers interviews like a wack lyricist with too much fame but here, as a living legend lyricist, spoke sincerely. [See NaS interview HERE]. My answer’s totally different…

This music is for everybody to hear and anyone to make but it ain’t for everybody and anyone to make.  Oh No!  So who are the Princes in these powerful ciphers?!  The ones who make this Hip Hop music are the ones with Animal Serum to inject into the savages.  A wildly creative blend of frenetic beats guided by chaotic samples and lyricism versed in all peaks of fluctuation and intensity levels.  Ideas that push reality to the forefront and make the listener enjoy himself with the truth.  It tames the bare savage and riles up the sedated conformist.  Prince Po always MC’d this way with Organized Konfusion, and worked through three quality solo albums to reach a strong peak again with his these greatest traits of his.  And Oh No, the younger brethren of Madlib, is a skilled beat technician who engages the same great freedoms endlessly explored.

As part of Organized Konfusion, his Pippen to Jordan ratio leaves him unappreciated.  His first two solo LPs, 2004’s The Slickness and 2006’s Prettyblack, had a diverse list of quality production but lacked lyric intensity and technique display.  By 2007, Saga of the Simian Samurai was quietly released but here Prince really flooded an LP with his intensity.  Prince Po is an MC of intensely told commentary with techniques that favor layered verses and power choruses.  On Animal Serum, he immediately hits with his best, as he did with 94’ “Stress,” with build bars on “Through swamps of the struggle and sand storms of scandals/amongst whore mongers with nerve to label us as vandals/Separating racists, police-stating the nation/Using tax payer monies for gambling and taking vacation/trifling fucks like Spitzer/tricking on hoes, how all of a sudden affordable education/but won’t allow felons with focus an occupation/ Trying to leave us down and hopeless, boxed in the Matrix/ Got backs against the wall, rebellious with guns drawn…”  Rebellion, the heart of Hip Hop, placing an awareness on reality through creatively orated lyricism are the major ingredients to the serum.

Prince Po is one of the great everyman MCs with uncommon man skills.  Throughout he rhymes this way and more listens the content reveals a non-conformity that is refreshing.  On “U” he bars, “It’s like players no longer go deep, legislators don’t tweet/Our babies tote heat, neighbors don’t speak/Families challenge verbatim, some smoking that leak/Jeopardizing lessons from natives, I turn both cheeks/Concerns don’t cease, still gotta fierce vendetta/Still burn, still a beast, slash and pierce your leather/Submerge the technique, perseverance forever/Prince Po playing for keeps, here cheers to the better/Run amok, bunch of cuts, fake lottery number ups/Mistrust, love and disgust, apologies blood and guts/Casualties of war, tragedy is at your door/Fuck all the formalities, nigga it’s just us…” Skills that are deep in ideas and short of words, long on wordplay and absent of preachiness.  Here, his ideas are cut in words by a sharply cut verse full of phrase fragments with clear enunciation.  Diversity comes in the ill wild jungle/forest imagery on “Bearz” versing “I’m a wandering brown bear, sleepers gon’ fear me/Haters toss long spears, still can’t get near me/Their skills rated in dog years, my claws’ll slash deer meat/Charging through these dark forests at mach speed/Dodging thorns, bushes, snakes and rock and barked trees/Exploring my option, touring across continents/Shredding you critters, but I’d rather eat berries and dark leaves/My wounds heal quick, the birds is my iTunes/The moon keeps me lit, a survivor on dry dune/Baboons always trip when the flower rise at high noon/ dragon fly dip across masses of pastures that capture life/And all that it has to offer, master forces when apes appetite…” Clarity and power fluctuation are hallmarks of his ability and “Visionz” exhibits it while his word flip skill and short rhyme roll flow are on “Wavy.” Filled with the tough stuff, Prince Po is the ideal Black man MC, using the forum to share skill, ideas and get some of that paper he deserves.  It’s all abrasive, challenging, confrontational and artistically pleasing—Hip Hop MCing.

On the beat side, Oh No’s tracks have a driving fluidity and funky loudness that suits Po’s breathless flow.  The quick bleep horn, digi blips, cymbal snares and stabbed keyboard stamps diving in and out over the deeply pitched bassdrum thud on “Where U Eat” keep us in Po’s fables of niggardly folly.  “Toxic” has a pulsing piano key loop with a rattled maracas of various measures filling the room while a short snare crash has Po cut right through rugged.   Prince Po has many tempos and the smooth Boom Bap mid tempo track that has failed Po is successful here.  Successful because Oh No’s production is based on riding the flow as much as Po rides the beat.  “Keep Reachin” has strings popping in and a striking snare for emphasis that fluctuates with the verse.  The highlight work is “Smash” that handclap snares through “Ooohhhh” Blues vocals, bassy horns of menace mixed with dynamic strut trumpets that bring O.C. sharply, Prince Po’s layered swiftness and a showcase of pure technique and clever wordplay from Pharaoahe Monch.  The only fault is “Starflyer Milez,” a horrificly disgustingly digi-funk track with a chorus that has no place in the humanity of ill choruses.  Still, this track and all the others are all vessels successfully produced to draw out Prince Po’s best.  Oh No, here, proves he is a producer of the MC, not merely a unique beat maker and crate digger.

So filled with Animal Serum, I would’ve had to build that the white feminist movement is one of the most self-righteous, insincere and racist undertakings one can endeavor into.  It sparked the entire differentiation between Black/Brown/Original feminist movements articulated by bell hooks to work led by Vandana Shiva.  Whether I refer to you personally or not, my thoughts are from a space only we can fill.  And so, who can be full of it coming into the cipher and receive something useful?!

Oh No!  This music offends like that and Animal Serum is a wild beat remedy for the savages, a shocking Prince Po-etic portrait of the zoo we fight out of and through.  It is the listener’s duty to see the “regular nigga from Queens/who gotta lotta jewels but I don’t rock a chain/I’d rather grab my guns and help you chase your dreams/not to get at the ones whose in the struggle like you/you need some education to partake in some things/these visuals is colorblind that’s why they shine through.” 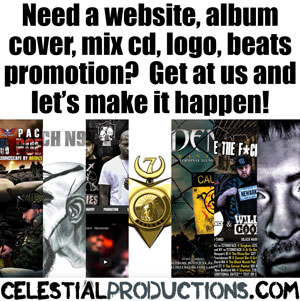